Alexandra Sokoloff is the bestselling, Thriller Award-winning and Bram Stoker and Anthony Award-nominated author of thirteen supernatural, paranormal and crime thrillers. The New York Times has called her “a daughter of Mary Shelley” and her books “Some of the most original and freshly unnerving work in the genre.”

As a screenwriter she has sold original suspense and horror scripts and written novel adaptations for numerous Hollywood studios (Sony, Fox, Disney, Miramax), for producers such as Michael Bay, David Heyman, Laura Ziskin and Neal Moritz. She is also the workshop leader of the internationally acclaimed Screenwriting Tricks for Authors workshops, based on her Screenwriting Tricks for Authors workbooks and blog.

Her bestselling, Thriller Award-nominated Huntress/FBI books follow a haunted FBI agent on his hunt for that most rare of criminals: a female serial killer. The series smashes genre conventions and combats violence against women on the page, screen, and real life. The series is being developed for television with Alex as writer/producer. (Huntress Moon, Blood Moon, Cold Moon, Bitter Moon, Hunger Moon, Shadow Moon.)

Alex is a California native who grew up in both Northern and Southern California as the daughter of scientist and educator parents, which drove her into musical theater at an early age. She acted, sang, danced and played classical piano through the turbulent tween years, and started directing plays at age sixteen, a year she also lived in Istanbul as an AFS exchange student and began college.

At U.C. Berkeley, she majored in theater and minored in everything that Berkeley has a reputation for. While not doing—everything else—she wrote, directed, and acted in productions from Shakespeare to street theater; trained in modern and jazz dance; directed and choreographed four full-scale musicals; spent a summer singing backup vocals in a bar at Glacier National Park, audited at least three times as many classes in various subjects as she was actually taking, and graduated Phi Beta Kappa, which is a miracle considering—well, never mind that. After college she moved down to LA where she simultaneously worked in a metaphysical bookstore, taught incarcerated juveniles in the LA County prison system, and read screenplays for various studios while she was writing her own first screenplay, which sold in a bidding war. So no, she’s never had a real job in her life.

Alex now lives in Los Angeles and in Scotland, with Scottish noir author Craig Robertson. In her free time (!) she enjoys adventure travel and all kinds of dance, which she has also taught, and performs with Heather Graham’s all-author Slush Pile Players and the UK-based all-author cabaret group The Slice Girls. She is a former member of the Board of Directors of the Writers Guild of America, West, and of the Board of the Mystery Writers of America. She can be found blogging and teaching her popular Screenwriting Tricks for Authors workshop on her Screenwriting Tricks For Authors blog. She is also very active on Facebook, Twitter, Pinterest, Instagram and Goodreads. But not an addict. No, seriously, it’s under control. 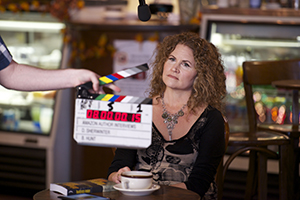 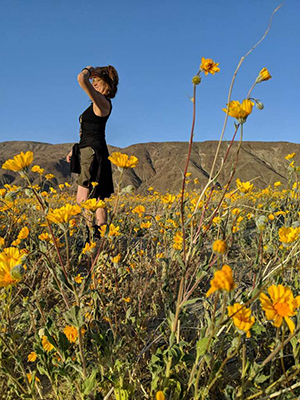 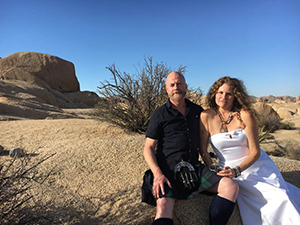 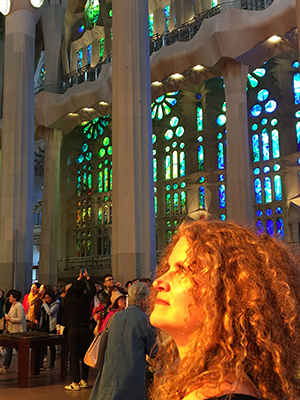 Newsweek’s The Daily Beast
Alex is a dedicated Cumberbitch, and was thrilled to discuss Sherlock star Benedict Cumberbatch